It started with flamboyant Antoine Dodson’s viral news interview that made the phrase “Hide Your Kids, Hide Your Wife” a sort of viral anthem. Then there was Sweet Brown with her ” I’ve Got Bronchitis, Ain’t Nobody Got Time For That” viral news interview. Both, have capitalized off of their new found fame landing tv commercials and appearances and even landing a bit part in a Tyler Perry film.

Enter WelvenDaGreat, Wings and Atown! Their unique look (and teeth) has caused their popularity to skyrocket as they are not afraid to show off in their vine and instagram posts. WelvenDaGreat obviously has some sort of disability (confirmed by a family member in his web series) and has been seen hosting parties and has kicked it with celebrities such as Chris Brown, Blac Chyna and Fat Joe. WelvenDaGreat is most known for his saying “Who Don’t Got No Bitches.” and “Deeze Nuts, Got Heem!”

Wings and his brother Mike are a comedy duo who are taking the insta world by storm with their off brand humor. Wings has some sort of deformity that caused his eyes to be abnormally spaced apart. In one of his most popular viral clips Wings seems to be roasting himself by verifying that he looks like the Sloth from the movie Ice Age, A hammerhead shark and a beetle. Wings also hosts parties.

Atown, best known for his “Good Morning To You, The Birds Are Chirping” song and has over a million instagram followers. He calls himself “Mr. Sexy as S#&t” and according to his posts has no problems getting women. He has been seen on stage with Rich Homie Quan and Rick Ross.

These men are capitalizing off of their looks and enjoying their 15 minutes of fame. I hope that these men practice safe sex. See the hype for yourself. 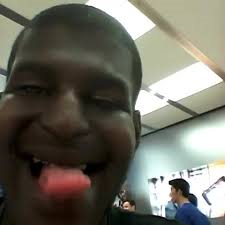 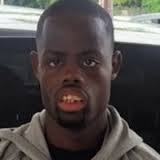 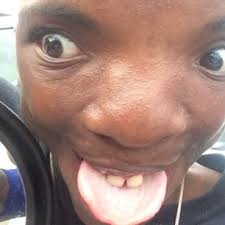